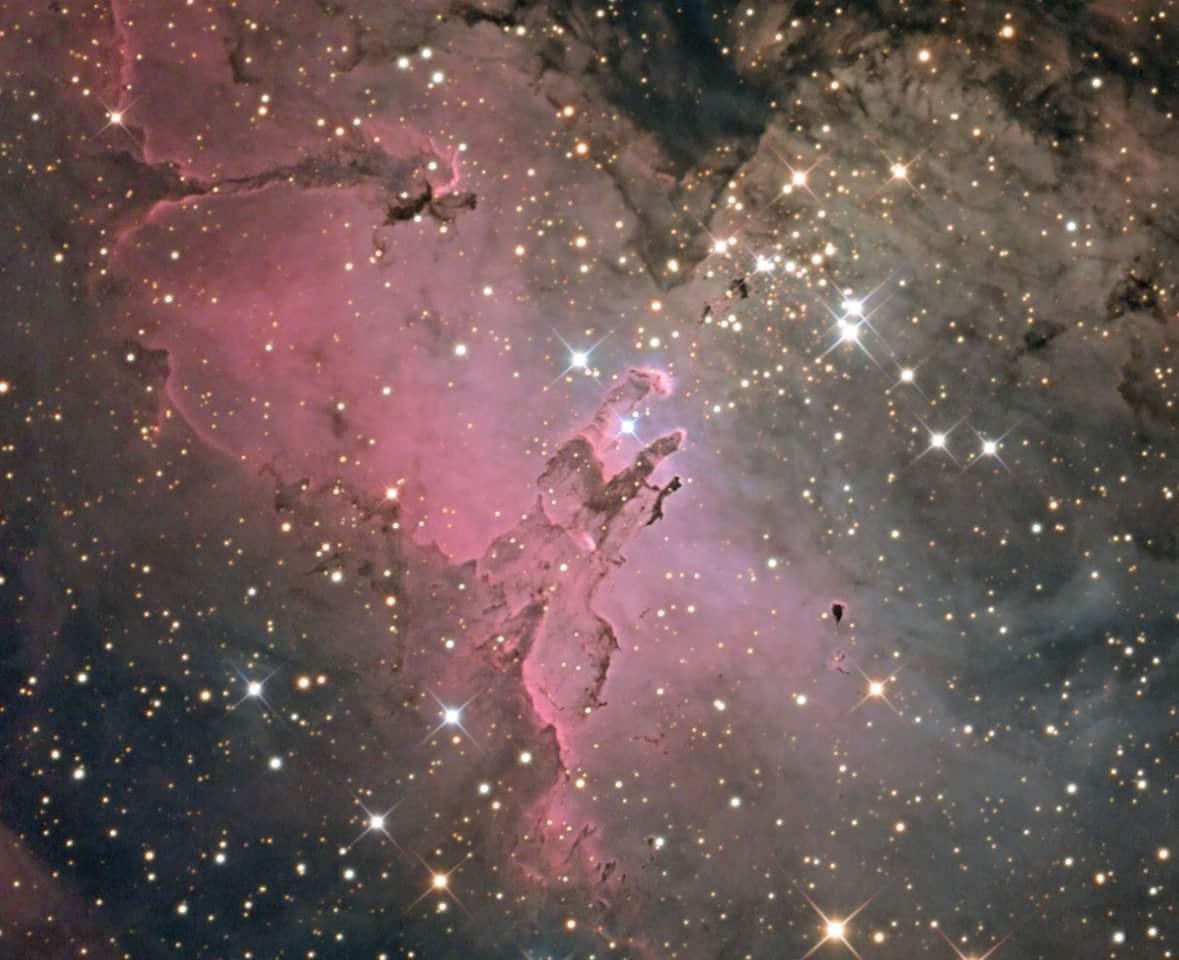 Although no telescope of less than several meters in diameter can provide the kind of imagery that Hubble does, a big dobsonian telescope would enable the viewer to get a close  up view of the Eagle Nebula, and to see the stars that comprise the stellar nursery. A stellar nursery is exactly as it sounds: it is a place where baby stars are being born, and where, in some cases, the right kind of star will be born to enable a planetary system to evolve. Planetary systems do not evolve around all stars, because not all stars either live long enough to create planetary systems, or they are too small to prevent a planet from becoming tidally locked, or to get enough sunlight to sustain Life As We Know It.

Sandy Eulitt is a longtime Southern California and San Diego astronomy expert. Unlike amateur astronomers, Sandy possesses professional astronomy education, and extensive training and expertise in education and outreach. Far, far more than a Star Party, a Night Sky Tour by Sandy Eulitt is true Science Entertainment, incorporating the best of the sky tonight with a science entertainer who has thrilled thousands with her science entertainment engagements. San Diego astronomy science entertainer Sandy Eulitt owns several telescopes, including one large enough to showcase the Eagle Nebula’s Pillars of Creation, to any group, large or small.

Get your own Night Sky Tour, including a time with the Eagle Nebula’s Pillars of Creation by calling 858-848-0860 or emailing sandy [at] stellarexperiences [dot] com today.