You are here: Home / Uncategorized / Last B-29 Superfortress visits Ft. Wayne, IN 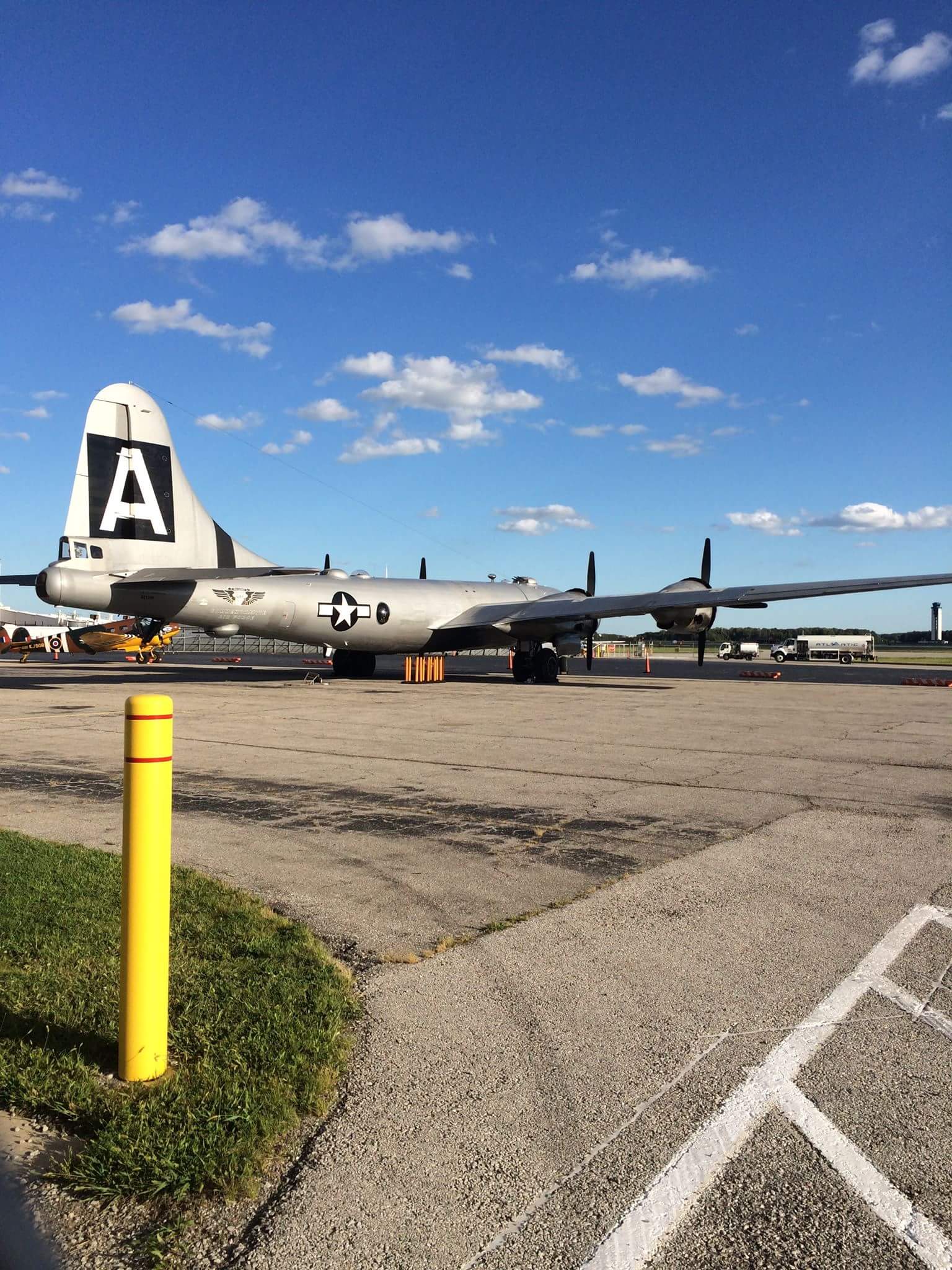 Ok, so it has nothing to do with San Diego astronomy, but I couldn’t help myself. As most know, the origins of the modern space program are in World War II, most notably the German V2 rocket program. As the end of the war in Europe neared, the German rocket scientists deliberately positioned themselves to be captured by the American forces. Reasoning that the United States was the only country which could both afford them and had a sufficiently advanced technology system, they opted out of England, France, and Russia (see “This New Ocean, circa 1998).

The United States victory in World War II set the foundation for its future in space. The B-29 was a critical part of that victory, particularly the Enola Gay, when it delivered the atomic bomb that flattened Hiroshima.

I have been privileged to see B-29’s many times. My father is a SERIOUS WWII history buff. I think I have visited every airplane museum within 500 miles of any place I have ever been with my dad, as seeing the WWII aircraft is imperative to any trips success. Space is simply the natural technology evolution from aviation and aerospace in WWII and the Korean War. I acquired my love of space, in part, from following my dad, proudly, around all the airplane museums we did, and still do, visit.